The Core Design team worked in creative collaboration with Freddie Georges at FG/PG to create this showstopping e3 exhibit for 2K…which is no small task for an e3 audience who has seen it all.

To follow-up 2K’s success at e3 2015, 2K wanted to make a memorable impression with the debut of Maffia III at e3 2016. Multiple concept designs were developed to represent the world that is Mafia III, which takes place in New Bordeaux. An open world environment that is heavily inspired by 1960’s New Orleans, “New Bordeaux” is a town full of life and a party atmosphere with a dark criminal underbelly. This atmosphere was captured by creating a heavily thematic “Bourbon Street” facade to greet attendees as they entered the e3 show hall.

The interior created a Jazz Speakeasy, and interior street feel, complete with a Neon Marquee Theater that showcased regular viewing of the Mafia III demo. Complete with Neon signs, live music, fortune tellers, funeral processions and party goers throwing beeds down from the balcony above. This design was truly an immersive experience with off the charts attendee and social media feedback.

“The Mafia III Booth perfectly recreates the feeling of being in New Orleans and it’s awesome.” ~ IGN Access

For more amazing designs like this visit our site at coredesigngroup.net or follow-us on Twitter at CoreDesigner 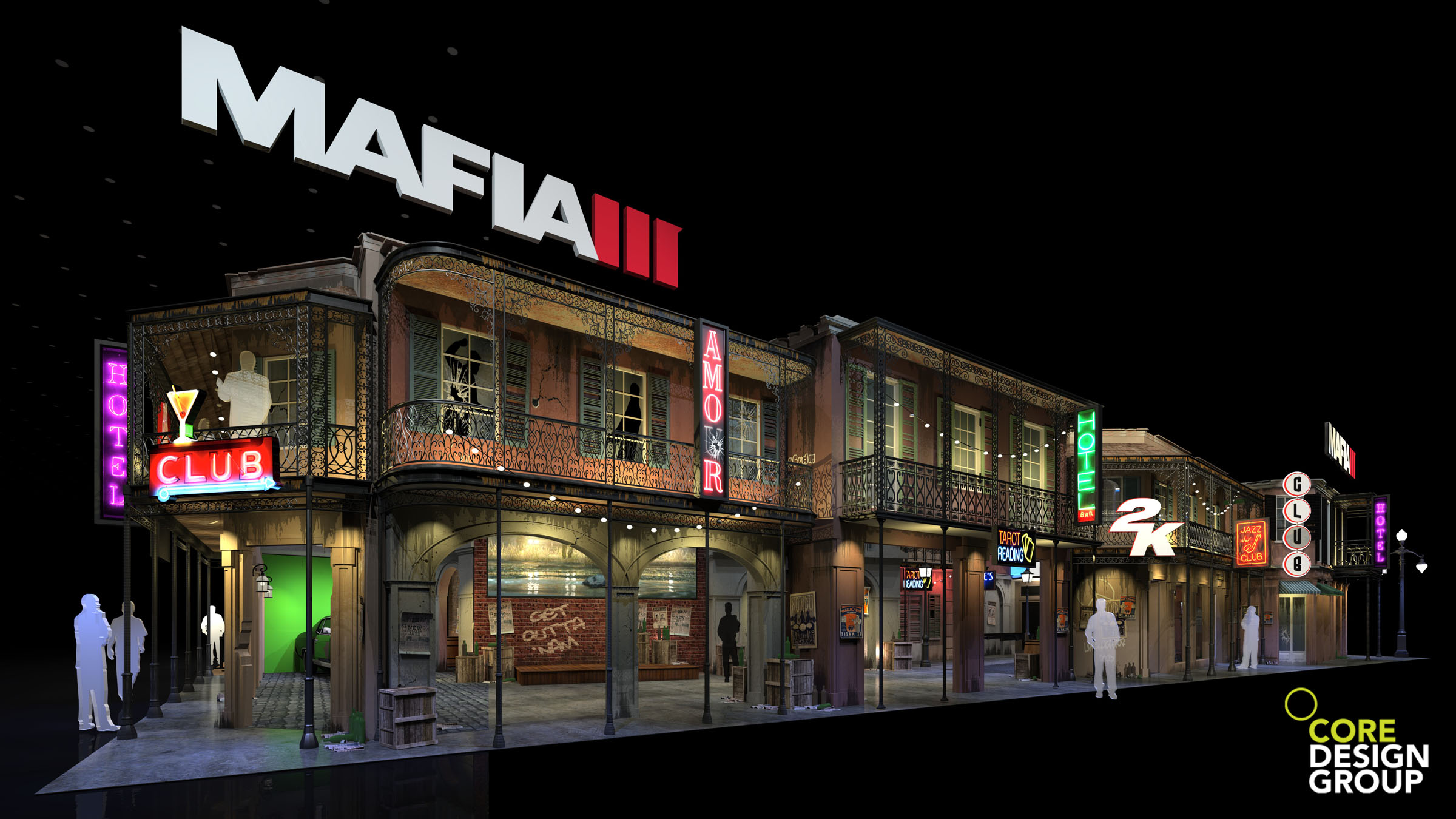 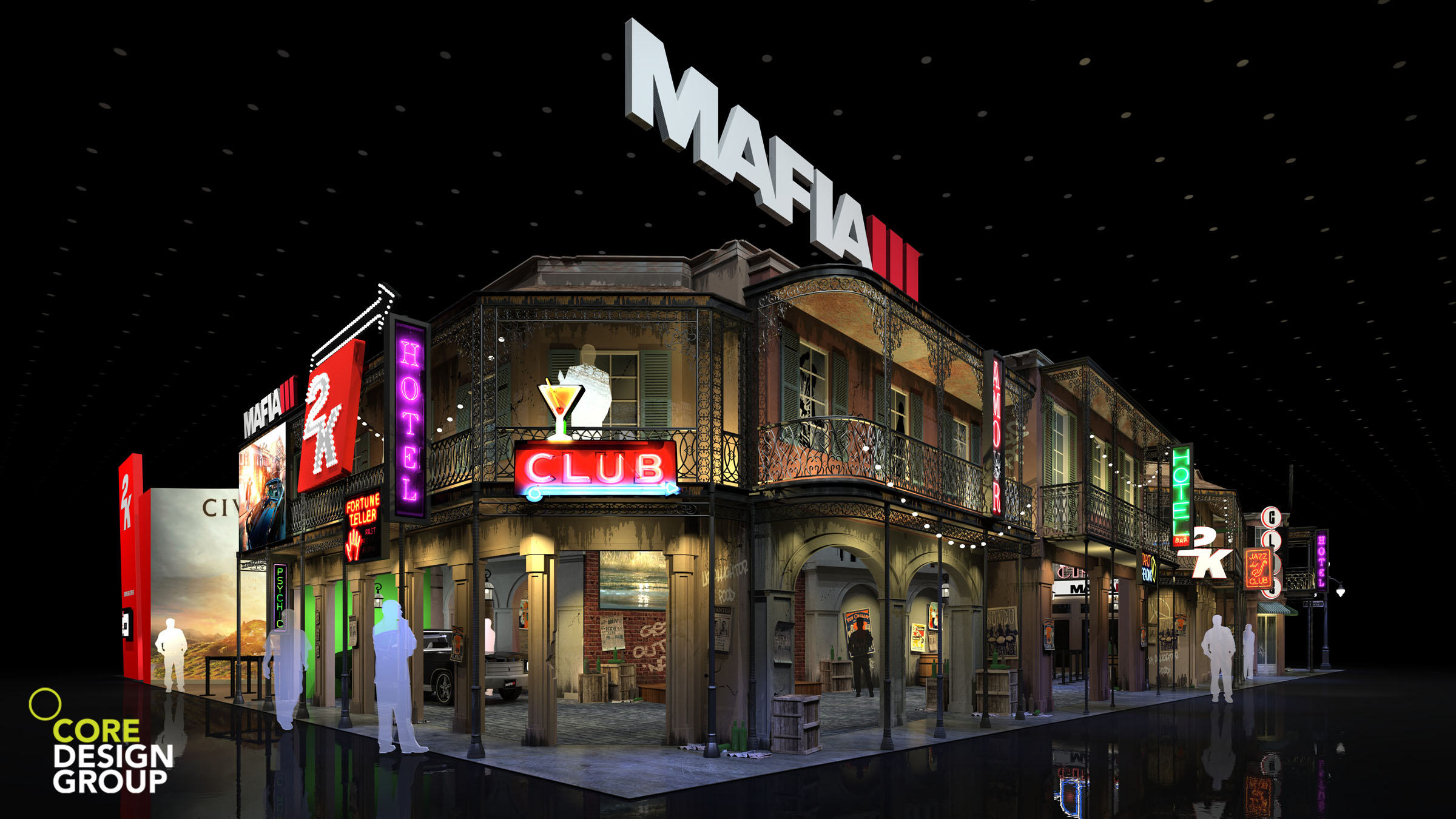 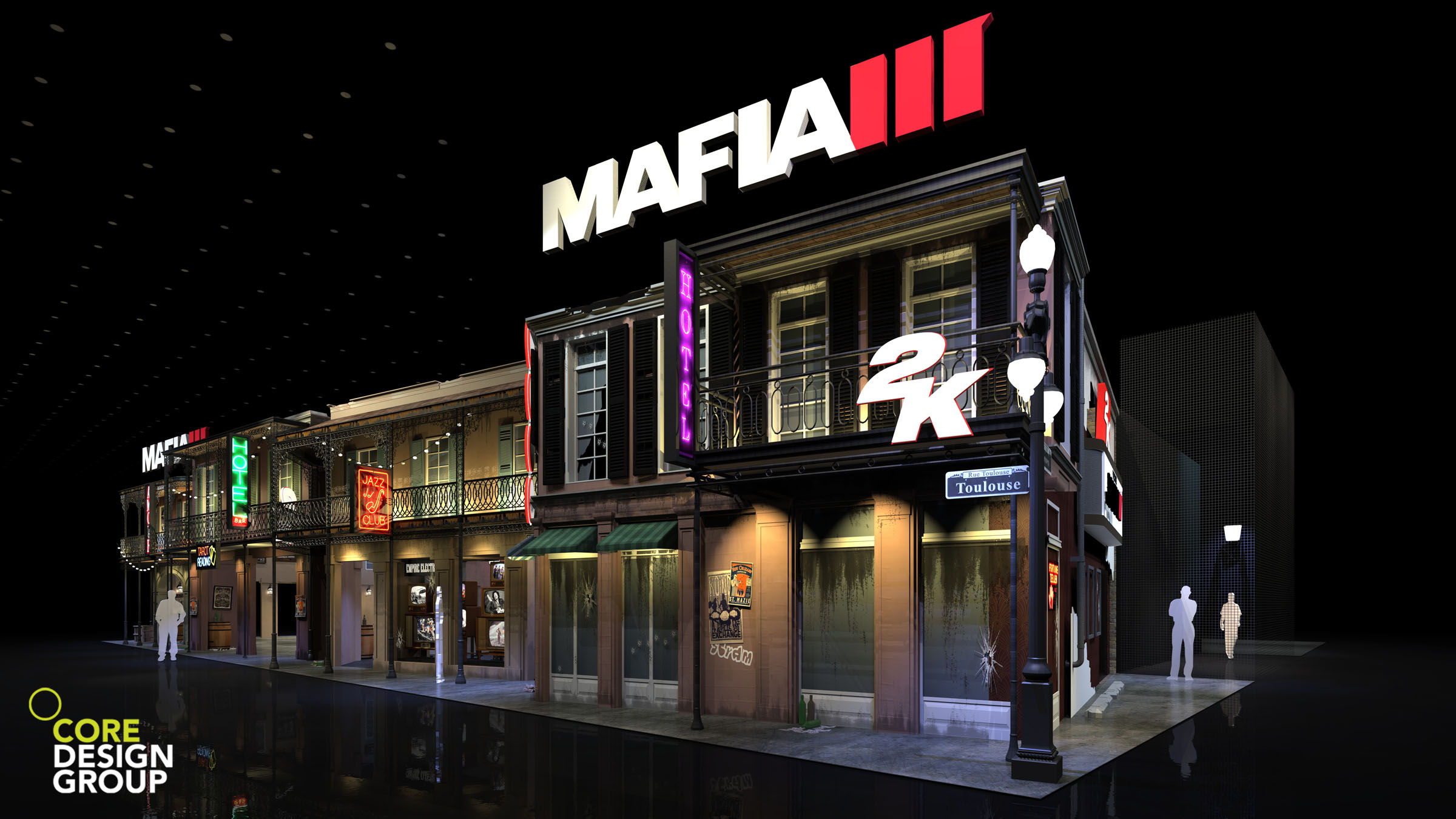 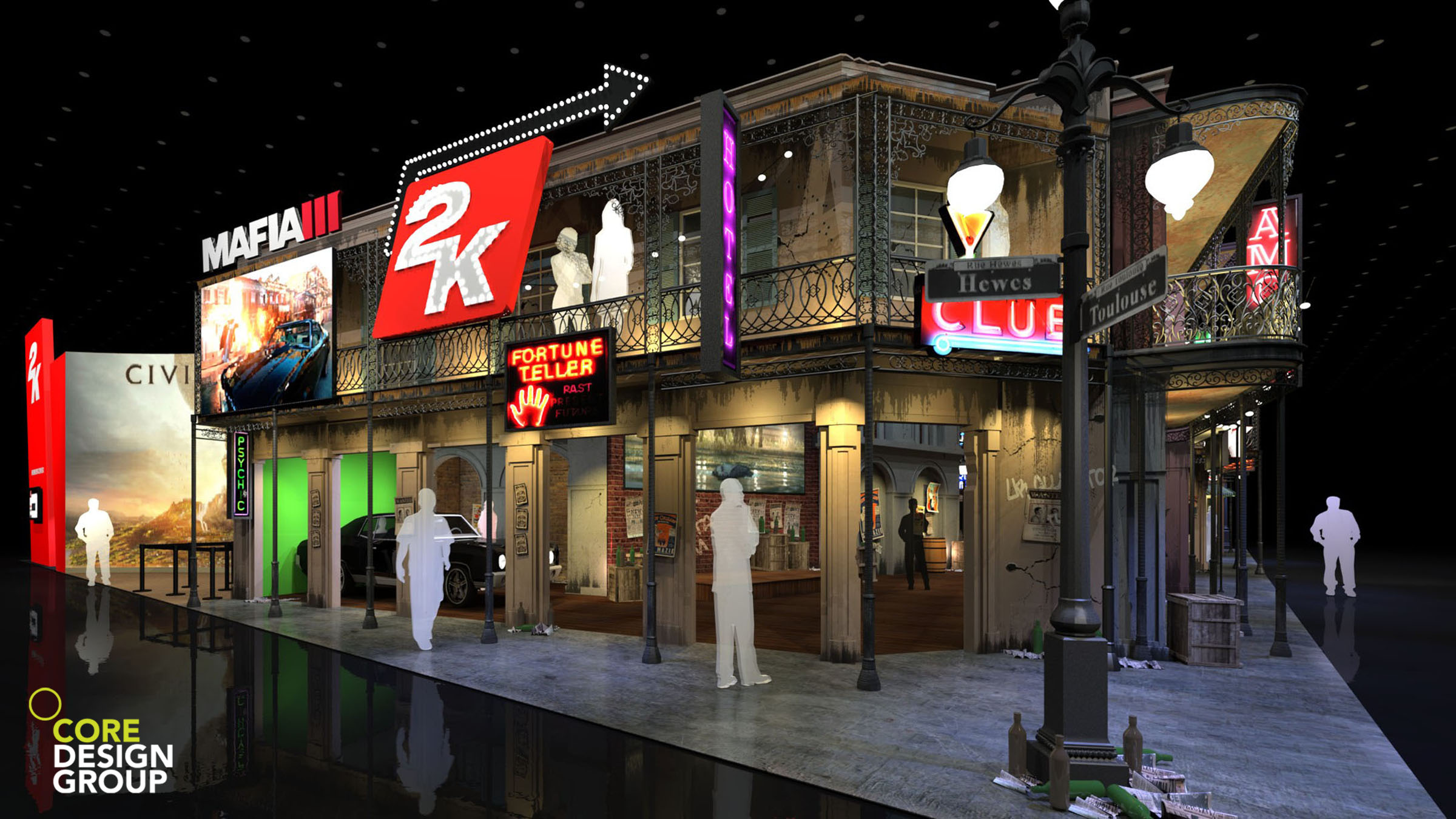 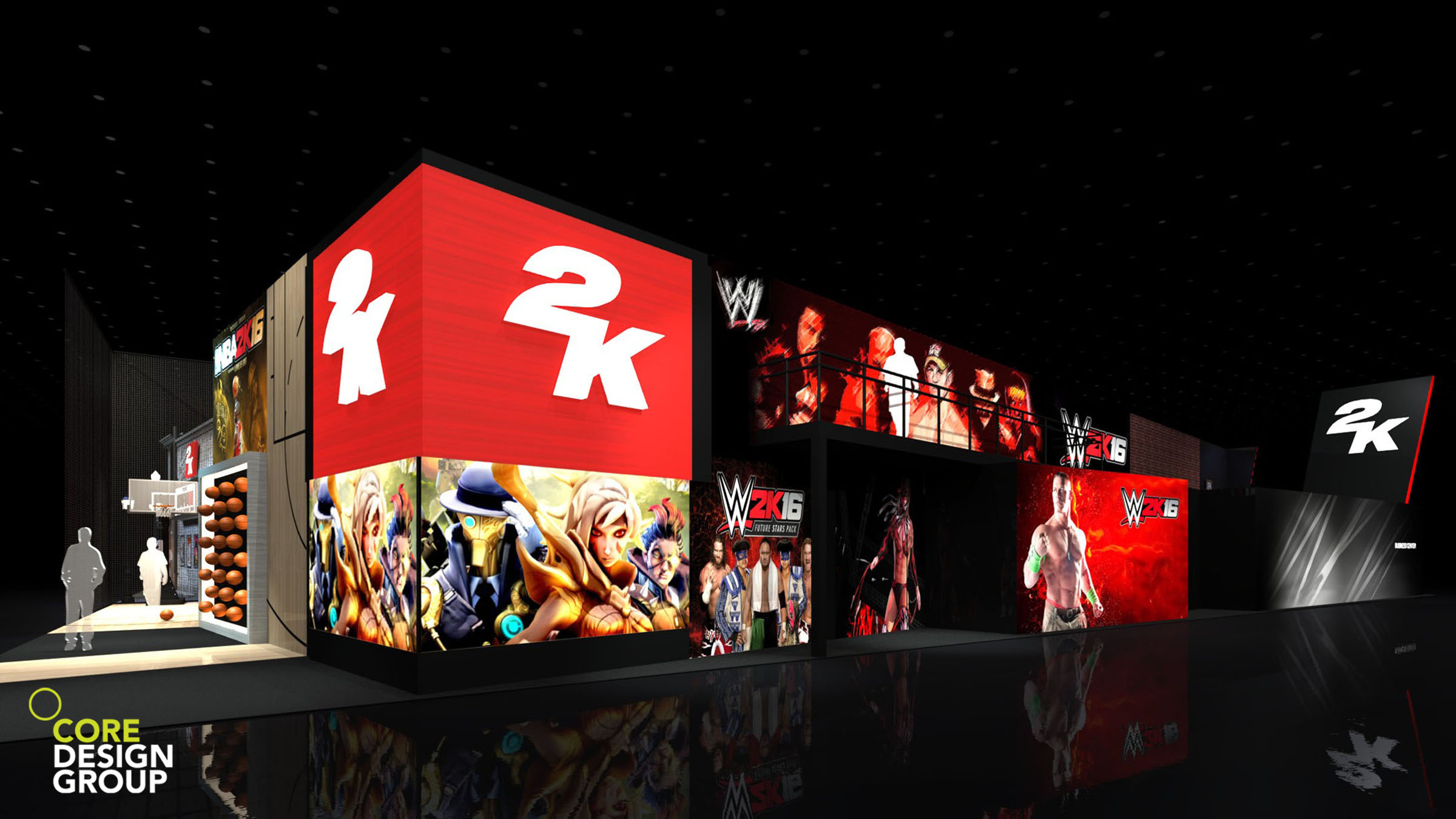 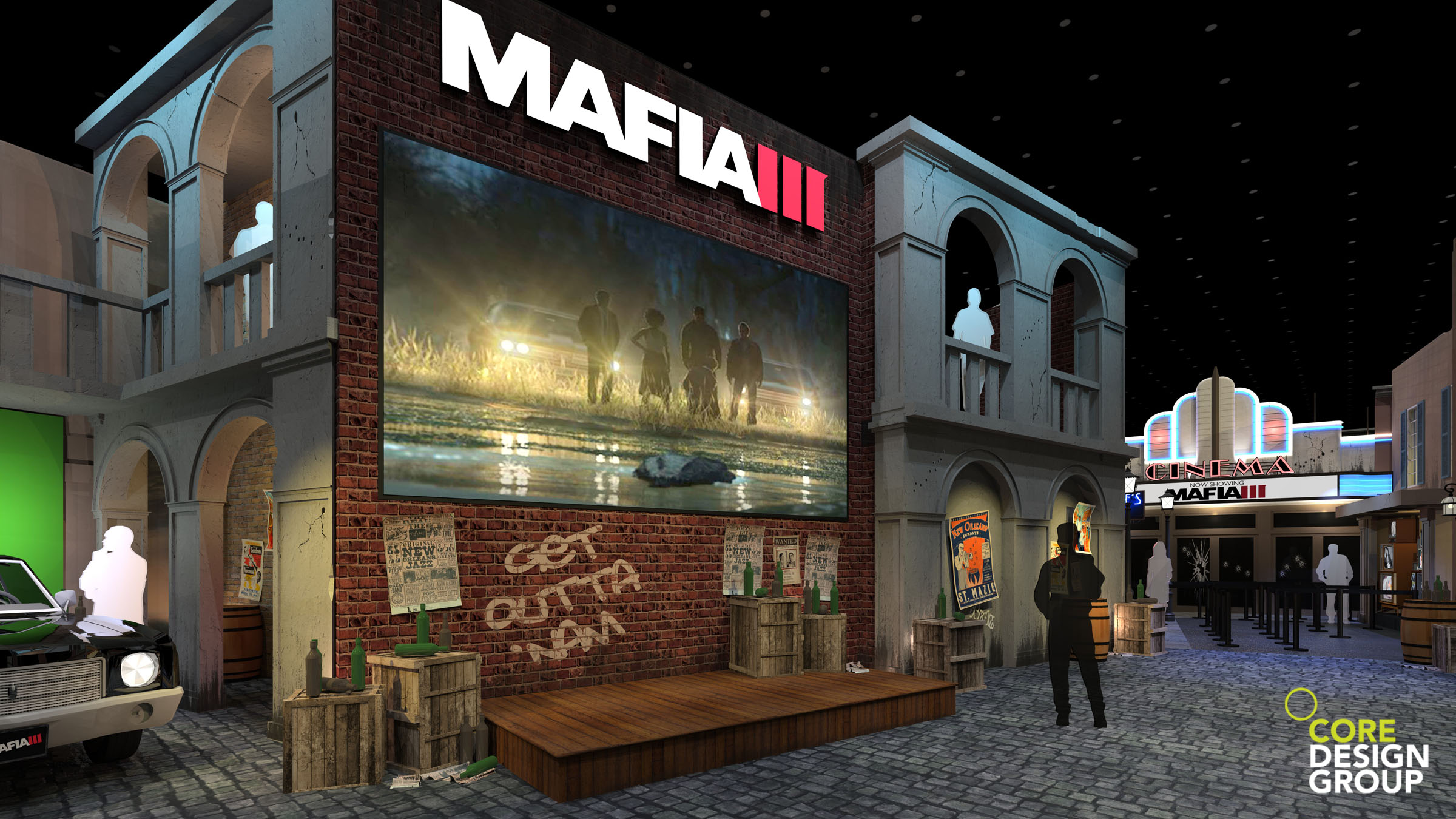 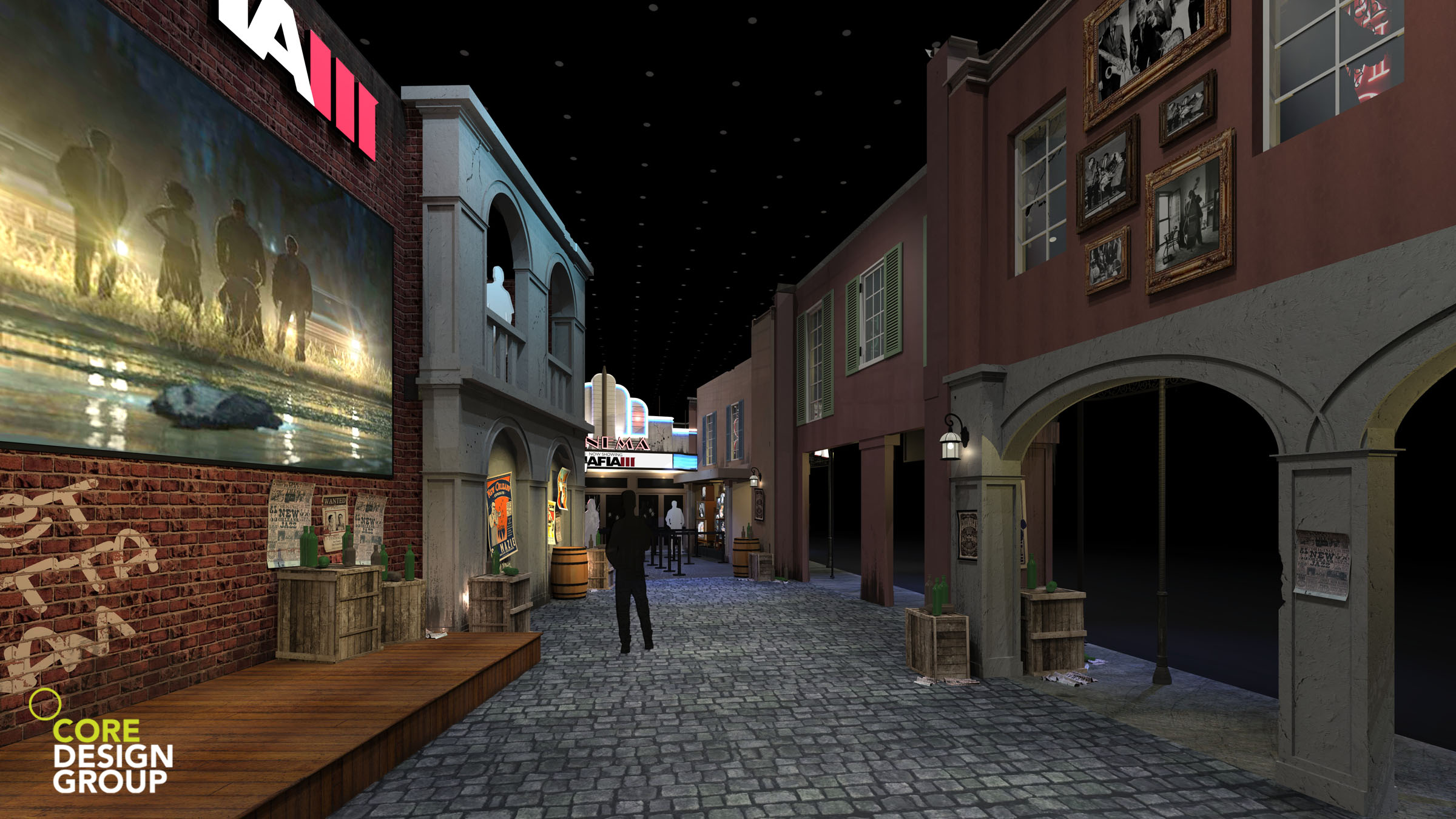 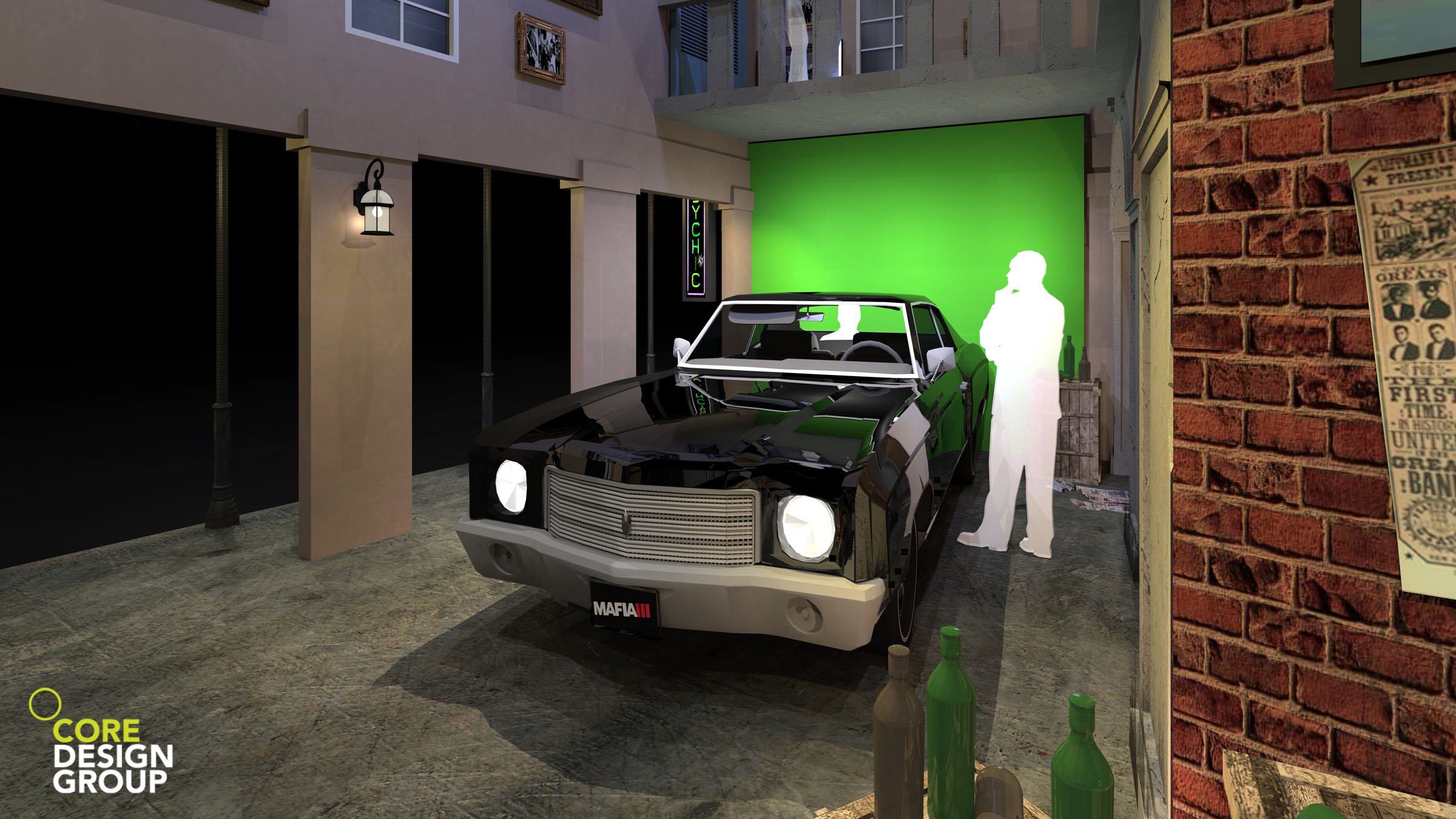 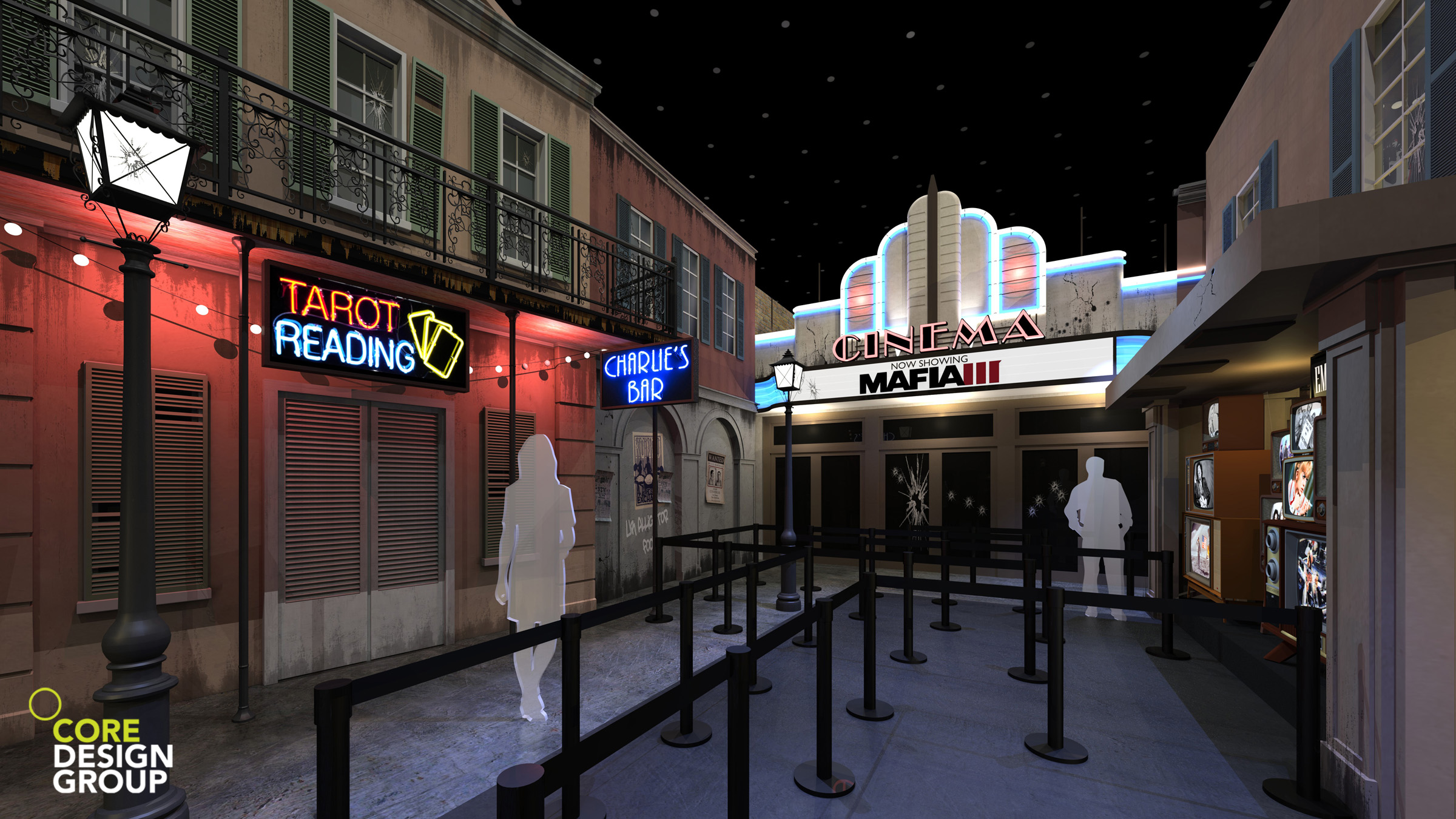 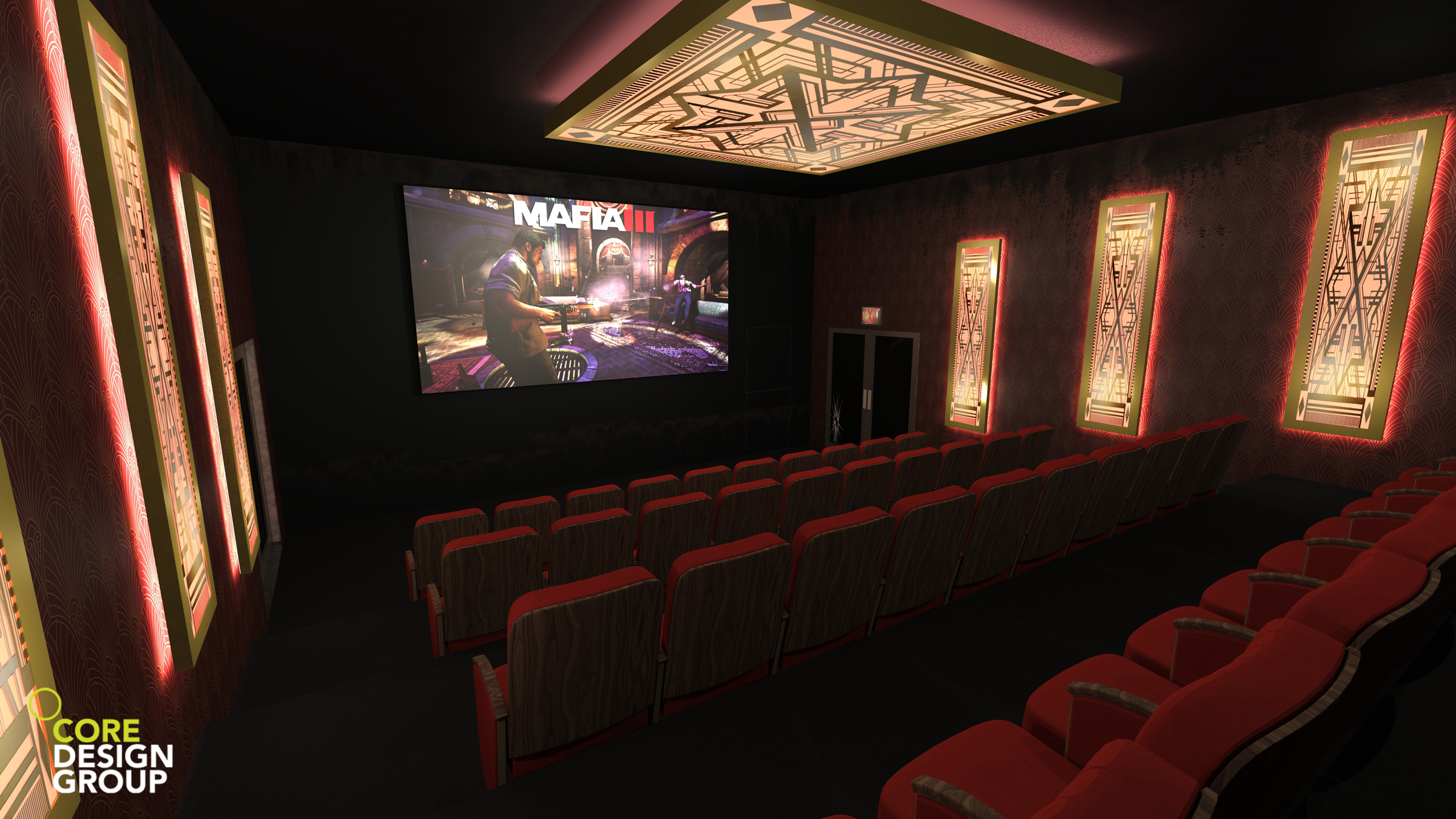 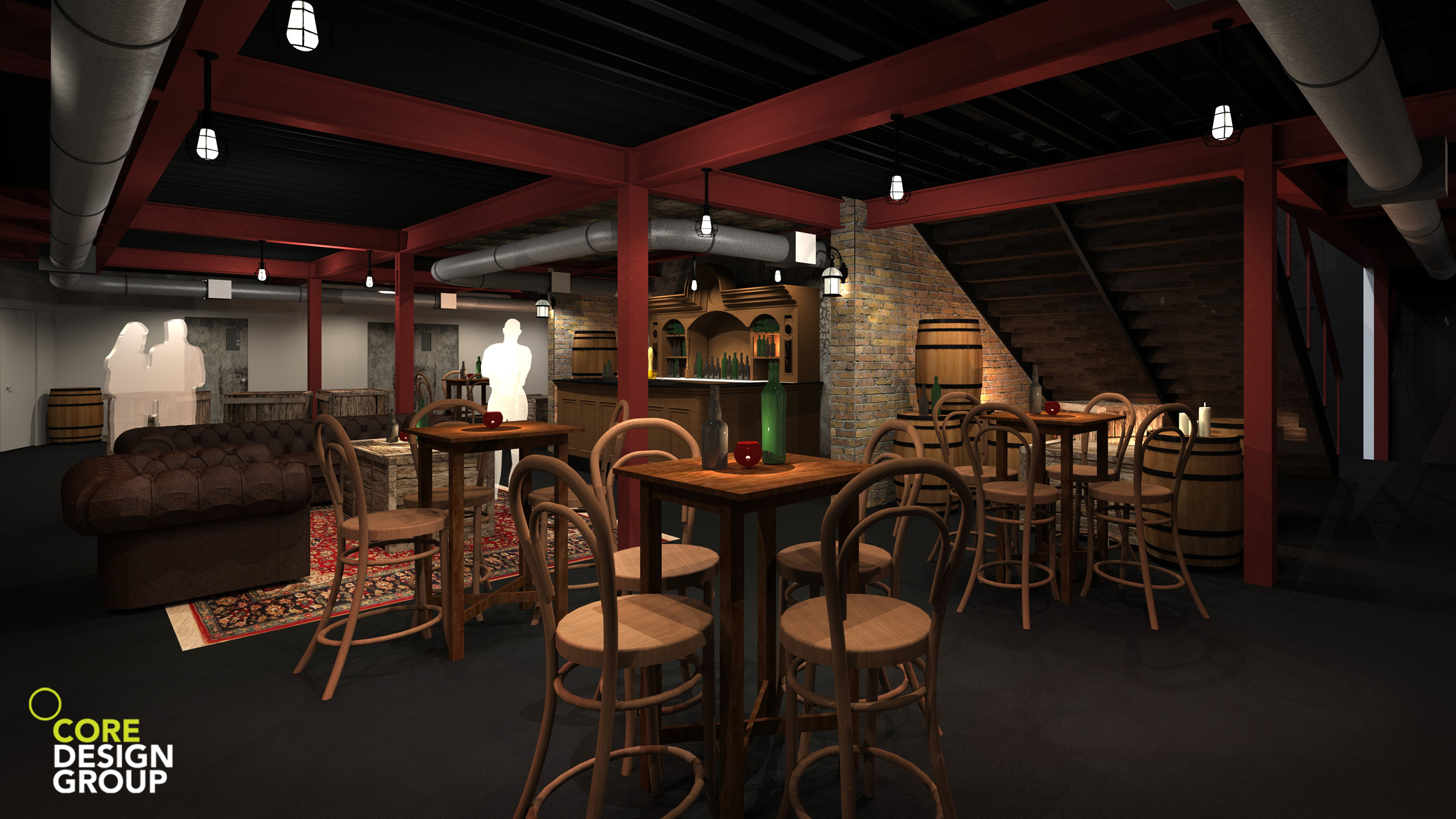 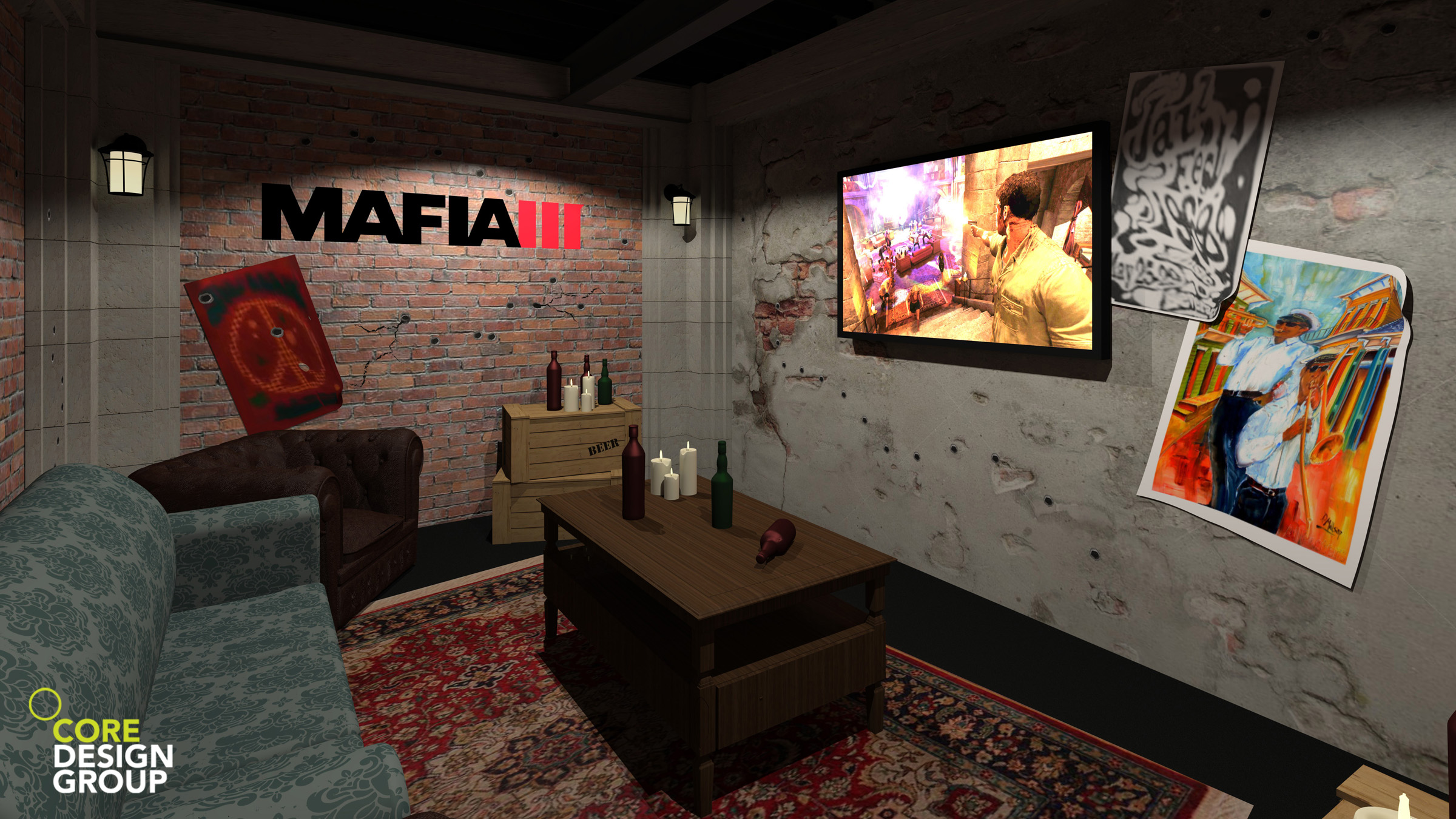 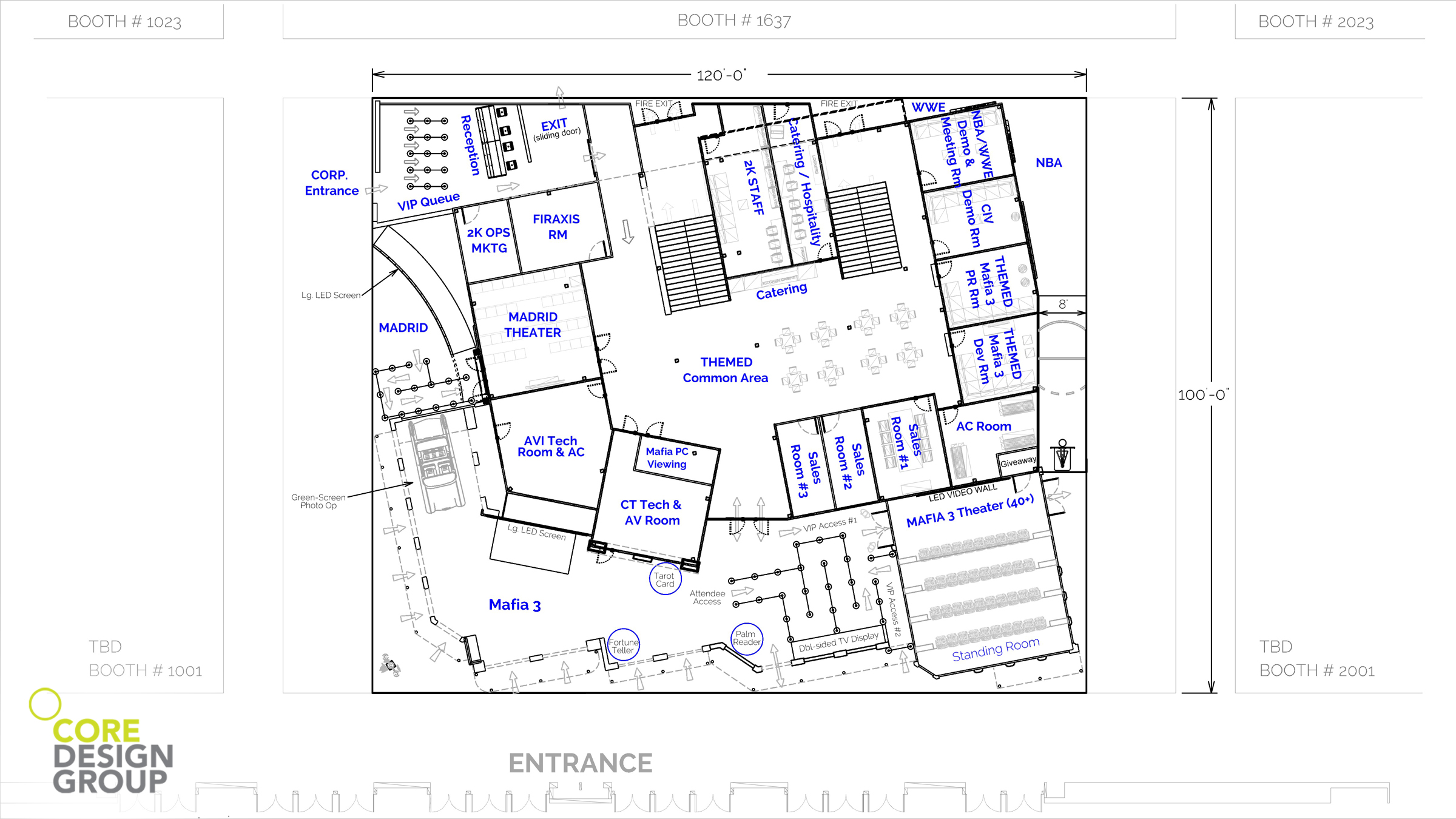 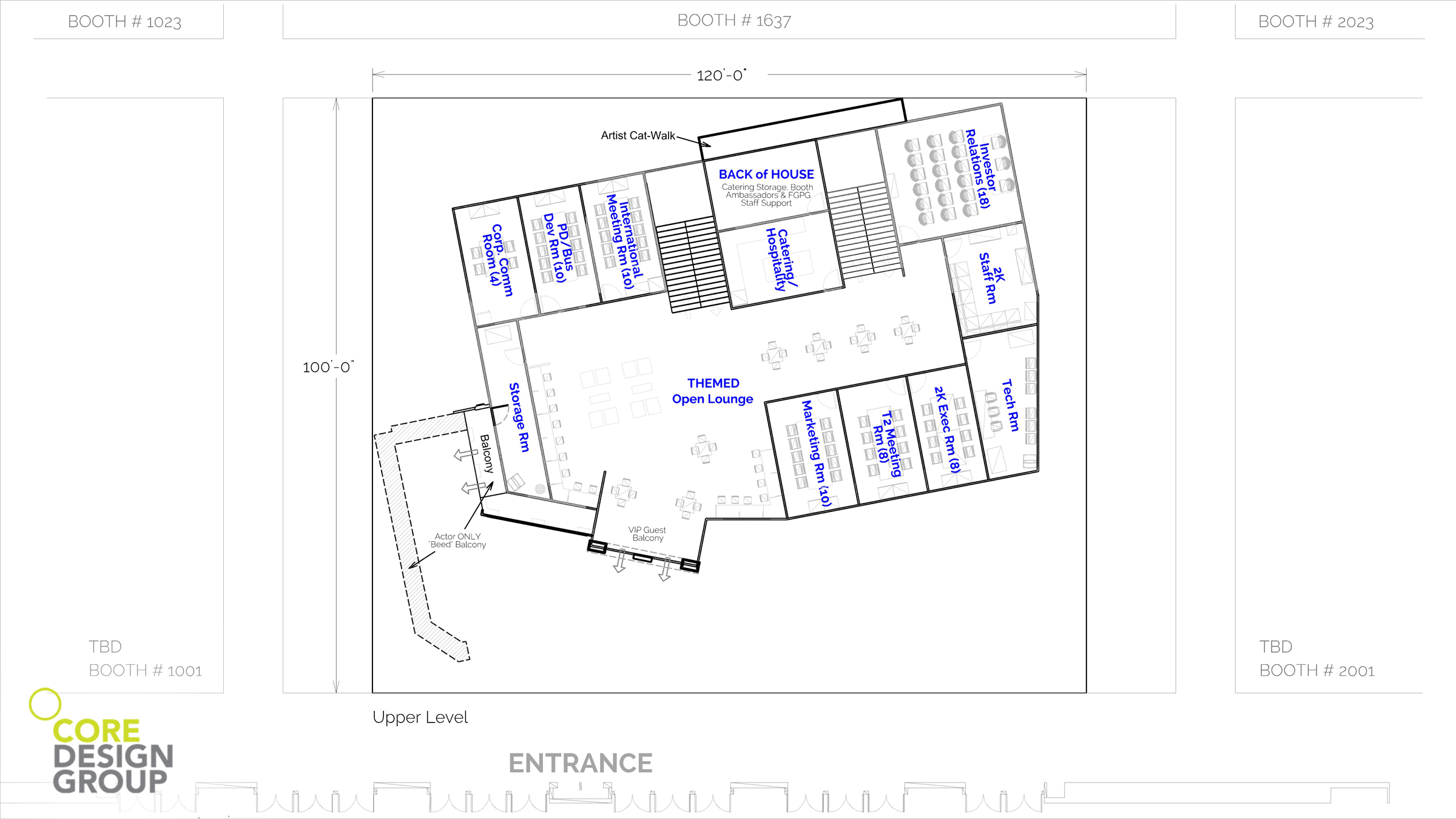